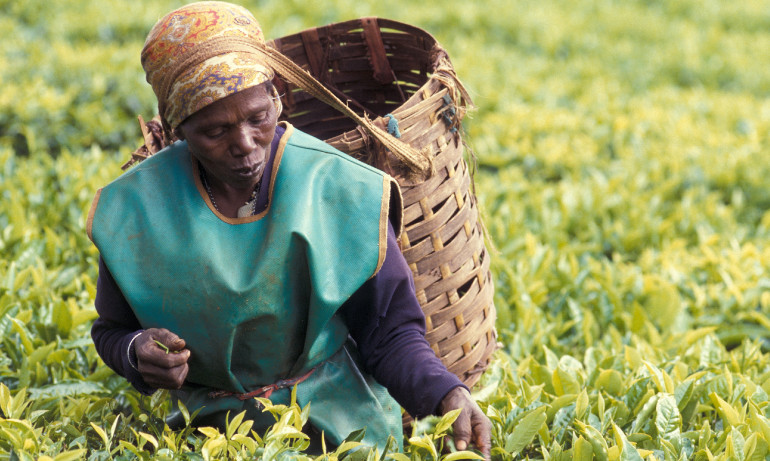 The Food and Agricultural Organization (FAO) observes that over the past decade, many regions of the world have experienced a growing trend of excessive fire application in the forestry and agriculture interface, land-use systems and land-use change, and an increasing occurrence of extremely severe fires. A large and growing share of the world’s poor whose livelihood depends on agriculture is disproportionally affected by bushfires. Bushfires, also known as wildland fires or forest fires, intensified by climate change, drought and other conditions, can damage forests so badly that it takes years for them to naturally recover. These fires together with other natural disasters such as drought invariably threaten the economic and food security of most people, especially, the rural poor whose livelihood mainly depends on agriculture.

In Ghana, the situation is not different as the economic and food security of most people both in the forest areas and Savanna Zones are threatened by bushfires, although bushfires in the forest areas have not been as frequent and extensive as in the Savanna Zone. Nonetheless, virtually every part of Ghana is prone to bushfires. At the beginning of the century, a third of Ghana’s land area of 238.533km2 was covered by high forest whilst the remaining was Savannah Woodland. In present times only about 10% of the land remains as forested land due to bushfires and other agricultural practices and excessive exploitation of non-Timber Forest Products (NTFPs). For instance, in January, February and March of 2016, a total of about 5216, 1187 and 195 wildfire counts respectively were detected in the Northern Region by our installed system (see attached reports). Other monthly reports on wildfire counts have been attached to the proposal. It is common practice for farmers to easily detect and report wildfires during the day since they are most likely to be on their farms, but if such fires occur during the night or when they are not around, there is no other early real-time alert system to inform the necessary stakeholders to take action. The lack of early fire alerts mechanisms often result in the following

National food insecurity as it occurred in 1983 bush fire disaster

In 2013, UENR applied for a grant from SDF and as a result, was able to install a ground station infrastructure for the detection of wildfire. The Centre successfully executed and validated the infrastructure. The Centre’s infrastructure currently provides monthly fire indices and reports to relevant agencies such as the Ghana National Fire Service. This key information is however not readily available to the most crucial stakeholders such as farmers. As a result of this gap, several industry stakeholders and partners who participate in our Center’s periodic meetings have raised the need for the Center to expand the existing infrastructure to have an innovative capability to disseminate information and data via mobile phones to farmers. The relevant partners include CSIR South Africa, farmer associations such as Asunafo Municipal Cocoa Farmers Association, Ghana National Fire Service (GNFS), and the Afram Plains Development Organization. One such meeting with a key stakeholder (Ghana National Fire Service) was featured on the front page of the November 9th, 2017 edition of the Daily Graphic where the need to upscale UENR’s fire detection infrastructure to address specific challenges such as farmer alerts was given a national hearing. Also, the meeting highlighted the need for dashboards at the premises of GNFS to monitor real-time fire events.

UENR in 2013 received an SDF grant which was used to put up an Earth Observing System (EOS) ground station for the detection of real-time wildfires. The ground station comprises a 2.4 AEBP antenna positioner with X/L Band Feed, High Rate Demodulator (HRD), Low Rate Demodulator (LRD), a front-end server (FES) and a number of servers. This was provided and installed by Orbital Systems Ltd, USA. AFIS is an operational fire Information System focused on the prediction, detection, monitoring and assessment of fires globally. The system utilises a portfolio of satellite sensors for the early detection of fire events as well as the mapping of burn scars at 30m resolution every 5-10 days. In addition to the detection and mapping of fire events, the system also provides users with 5-day high-resolution weather forecasts as well as fire danger forecasts based on both the Lowveld and the Canadian Fire Weather Index. The proposed project seeks to upscale the AFIS project by providing farmers and necessary stakeholders with early fire detection and alert information in the form of voice and SMS alerts as well as a smartphone application. This would be achieved using the Advanced Fire Information System (AFIS).

The main objective of the project is to develop a Ghana-based Advanced Fire Information System (AFIS) to serve the needs of farmers. The specific objectives are;

To undertake a pilot test of the AFIS smartphone, voice and text SMS applications

To provide training for farmers and other stakeholders such as frontline staff of Forestry Commission, GNFS and NADMO on the usage of the AFIS applications

In Ghana, countless properties are often vandalized by fire-related disasters and agricultural farmlands are no exception. A classical case is the 1983 nationwide bush fire outbreak that devastated much of our forest and agricultural resources plunging the country into untold famine. Bush or wildfires have often not received the needed attention due to the absence of an early alert system. This results in the destruction of vast agricultural lands impacting negatively on the economic returns of farmers.

Approximately 1,300 wildfire incidents were detected by EORIC’s Fire Detection Infrastructure in December 2017 (see attached reports). The cumulative impact of these bush fires on agriculture though not investigated can be said to amount to several million Ghana cedis. It is against this background that farmer association groups such as Asunafo Municipal Cocoa Farmers and farmer groups in the Eastern and Brong Ahafo Regions of Ghana currently collaborating with EORIC have expressed the need for an early fire detection mechanism that is readily available to farmers via mobile phones for prompt notification of appropriate agencies such as Ghana National Fire Service and National Disaster Management Organisation (NADMO). EORIC-UENR currently has a ground station for early detection of wildfire but information from this system is not readily available to farmers.

The architecture of the AFIS mobile phone alert fire notification system for South Africa was developed by CSIR Meraka Institute of South Africa. The institute will be responsible for the development of the Ghanaian version of the AFIS architecture.

A robust platform for the installation and integration of the AFIS mobile phone alert infrastructure into telecommunication services will be designed and installed by Telecommunication industries (Vodafone and MTN), Frontline and CSIR Meraka Institute of South Africa.

Training of 200 farmers on how to make use of the AFIS fire alert information being provided via mobile phones and best practices to adopt for farming. The capacity-building workshops would teach local farmers how to utilize the AFIS early fire mobile app and message system to inform appropriate authorities within their vicinity for a prompt response to bush fire incidents. The training would also seek to equip farmers with new techniques of averting and fighting bush fires. Seasoned consultants will be used as facilitators for the workshops.

The outcome of the entire project will require the requisite acceptance, sign-off and validation from the subscribed farmers and Ghana National Fire Service, NADMO and RMSC-FC. Farmer’s acceptance of the project will be evaluated through a thorough survey after the successful implementation of the project.

The early fire detection ground station at EORIC receives real-time MODIS satellite data which is processed by our servers to reveal real-time wildfire spots. This information is transmitted to the integrated AFIS-telecommunication platform. The mobile integrated platform will allow subscribers to receive mobile phone notification via smartphone apps as well as voice and SMS messages pertaining to bush fires in their vicinity. This will enable timely reportage of bush fire incidents before they become widespread.