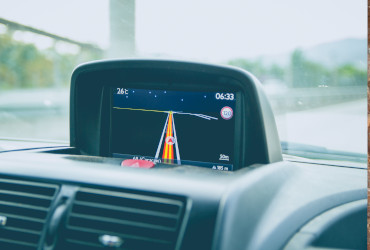 Observing the atmosphere is a challenging task due to its dynamic nature and the complexity of its processes. This requires advanced technology and technique delivered by Global Navigation Satellite Systems-Radio Occultation (GNSS-RO) to advanced meteorological and climate-related studies as well as applications, such as numerical weather prediction analysis, tropopause studies, ionosphere and space weather conditions. GNSS-RO technique has offered the exciting potential for meteorological research. GNSS-RO technique is an emerging technique, using radio signals between the Low Earth Orbit (LEO) and GNSS satellites, probes the Earth’s atmosphere and ionosphere from space. A number of experimental missions and related studies since 1995, has demonstrated GNSS RO is better observation techniques than other current station-based observations and satellite remote sensing techniques that capture the detailed status and processes of the atmosphere properly. A number of experimental missions and related studies since 1995, GNSS RO has demonstrated many advantages over other atmospheric observation methods. GNSS-RO technique is currently used by the FormoSat-7 / COSMIC-2 (Constellation Observing System for Meteorology, Ionosphere and Climate) Science Mission. Due to the success of the COSMIC-1 mission, U.S. agencies led by the National Oceanic and Atmospheric Administration (NOAA) partner with Taiwan’s National Space Organization (NSPO) to execute the COSMIC-2 program. The program will witness the launch of six satellites into low-inclination orbits in 2018, and another six satellites into high-inclination orbits in 2020. The COSMIC-2 (12 satellites) will carry onboard the Global Navigation Satellite Systems-Radio Occultation (GNSS-RO) payload, named Tri-GNSS Radio Occultation System (TGRS). The TGRS payload is being developed by NASA’s Jet Propulsion Laboratory (JPL) and will be capable of tracking up to 12,000 high-quality profiles per day after both constellations are fully deployed. Two space weather payloads the: RF Beacon transmitter and the Ion Velocity Meter (IVM) instruments provided by the U.S. Air Force partner on COSMIC-2, will also be on board the first six satellite. The U.S. Air Force is also partnering on COSMIC-2 and will provide two space weather payloads that will fly on the first six satellites: the RF Beacon transmitter and the Ion Velocity Meter (IVM) instruments. The COSMIC-2 mission will provide a revolutionary increase in the number of atmospheric and ionospheric observations, which will greatly benefit the research and operational communities. With the continued operation of COSMIC-1 and the execution of the COSMIC-2 mission, Global Navigation Satellite Systems-Radio Occultation (GNSS-RO) data will continue to be available to support research and operations for many more years to come. Availability of Global Navigation Satellite Systems-Radio Occultation (GNSS-RO) data from COSMIC-2, will provide unprecedented opportunities for Ghana and other Africa countries in areas of accurate weather prediction, research, education, and other benefits. Therefore, the University of Energy and Natural Resource (UENR), Ghana in partnership with the University Corporation for Atmospheric Research (UCAR), U.S installed GNSS Referencing receiving the station at UENR which form part of Earth Observation Research Innovation Centre (EORIC) data acquisition infrastructure for research and education. The station also forms part of the UCAR Terrestrial GNSS Tracking Network worldwide. Data from the station will be available for research and education, also with the partnership between the two institutions, there will be research opportunities for MSc and PhD students since UCAR is to create, operate, and manage National Center for Atmospheric Research (NCAR) on behalf of National Science Foundation and the universities and provide Expertise in ground and space GNSS processing, radio occultation, spacecraft Integration/testing, atmospheric, space weather, and climate science on the COMIC-2 program.